The Power of Belief: Why it is important to Believe in Yourself​

It was the 24th of February 2010. A day that would be embedded in the cricketing history as a day for an astonishing new milestone. The world was witnessing Sachin Tendulkar edging towards yet another historical landmark! The Little Master was on the verge of scoring first ever ODI double hundred with just a single run needed to achieve it. MS Dhoni at the other end was dealing in boundaries. It was probably the first time that the Indian cricket fans were not wanting Dhoni to go for boundaries and just give the strike to Sachin. The second ball of the final over, Dhoni smashes it towards deep midwicket. Hashim Amla, with a brilliant effort at the boundary, restricts the batsmen to just a single. Tendulkar gets the strike! Pin drop silence at the Gwalior cricket stadium and fans with their hearts pounding, had their eyes fixed on that one man – the man of the hour –  Sachin Tendulkar! The very next ball, Tendulkar squeezes it behind point for a single. And off goes the helmet, up goes his arms. Sachin Tendulkar becomes the first ever to score a double hundred in the history of ODI cricket! 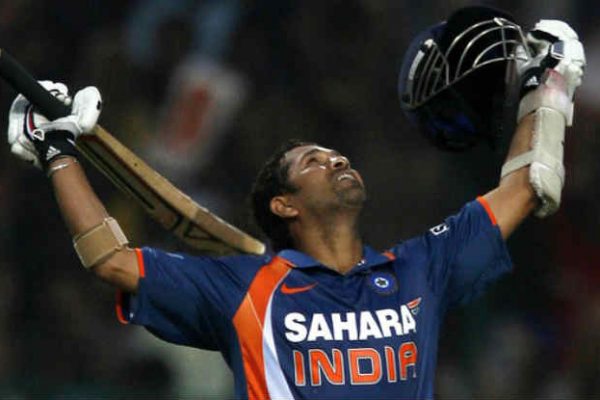 The greatness in that milestone was that it took almost 4 decades for someone to achieve that for the first time. And now, just 8 years after it was first done, we have witnessed 7 more double hundreds already in ODI cricket!

So what changed suddenly? Did batsmen become better at techniques or the cricket pitches and cricket rules are made more suited for batting?

Yeah, many would say that. But the fact is, it was ‘that’ first double hundred by Sachin Tendulkar that changed the way players thought. Before Tendulkar achieved it, a double hundred in ODI was something that batsmen would fantasize about. But now, they have a practical example of someone already achieving it. Not in fantasies, but in reality! They now have a reason to believe, that if someone has achieved it, so can they!

And this is true not just in cricket but in almost any great feat that people have ever achieved – be it in athletics or in entrepreneurship or climbing Mt. Everest and so on! Once someone does it, there are number of others achieving it too. The first ever four-minute mile runner, Sir Roger Gilbert Bannister when proclaimed that he was going to run a mile in under four minutes, even doctors at that time said it was physically impossible. But against all odds, when he achieved it in 1954, there were many who did the same within years. And now there are over 1400 male athletes who have done it already! 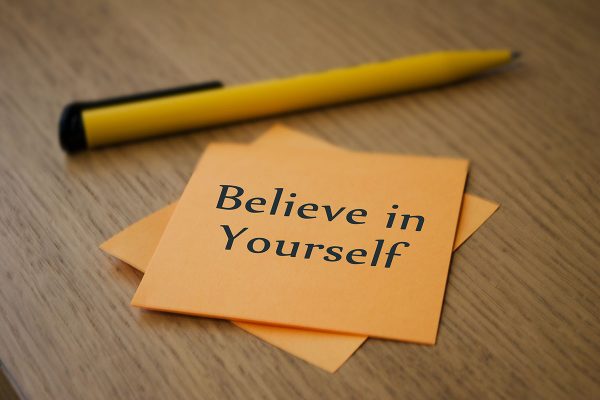 Our mind is capable of miracles. It’s only we ourselves who is limiting its barrier. We put more faith in what people have to say and on what has been achieved or not achieved, rather than in ourselves and in our potential. There is absolute truth and nothing else in the words of Napoleon Hill when he says “Whatever the mind of man can conceive and BELIEVE, it can achieve”.

First, you will have to be a believer, then you become an achiever. Don’t worry if people have ever done it or not. Don’t wait for someone else to accomplish something to make you believe that it is possible. There will always be people who will question your belief. But why let someone else limit your capabilities? Learn to have faith in yourself. If you believe it is right, if you believe you can achieve it. Just work for it, have patience, believe in the process, ‘Believe in yourself’. And you will get there eventually!